For the first time, documenta14 will take place not only in Kassel, but also in Ahten. It is envisaged that this will be held equally at both exhibition locations. The exhibiting artists are said to be active in both Kassel and Athens. In line with this plan, the topic for documenta 14 is Learning from Athens. There is a change of perspective and a complete transformation of the documenta through the change of location. This idea is incorporated into the resulting corporate design and becomes the core idea. The corporate design reflects the two locations of the exhibition, through the choice of the two-tone gradients and the shape of the picture mark. With the impossible shape of the figurative mark, the topic of the transformation of the documenta is taken up and a connection between the places, the artists and their works of art is created. The contradiction in the form between two-dimensional representation and perception as a three-dimensional structure creates a space in which the impossible is made possible, creativity and art can take place. The color of the gradients creates a third dimension in the corporate design through the resulting depth. The word mark forms a strong contrast to the figurative mark through the chosen font, the Minion Pro, with the curved elements and serifs, written in minuscule. The grid is formed by the extended lines of the figurative mark. The parameters word mark, figurative mark and the picture element in the form of the gradients can be flexibly positioned within this grid, which supports the dynamic of the concept. 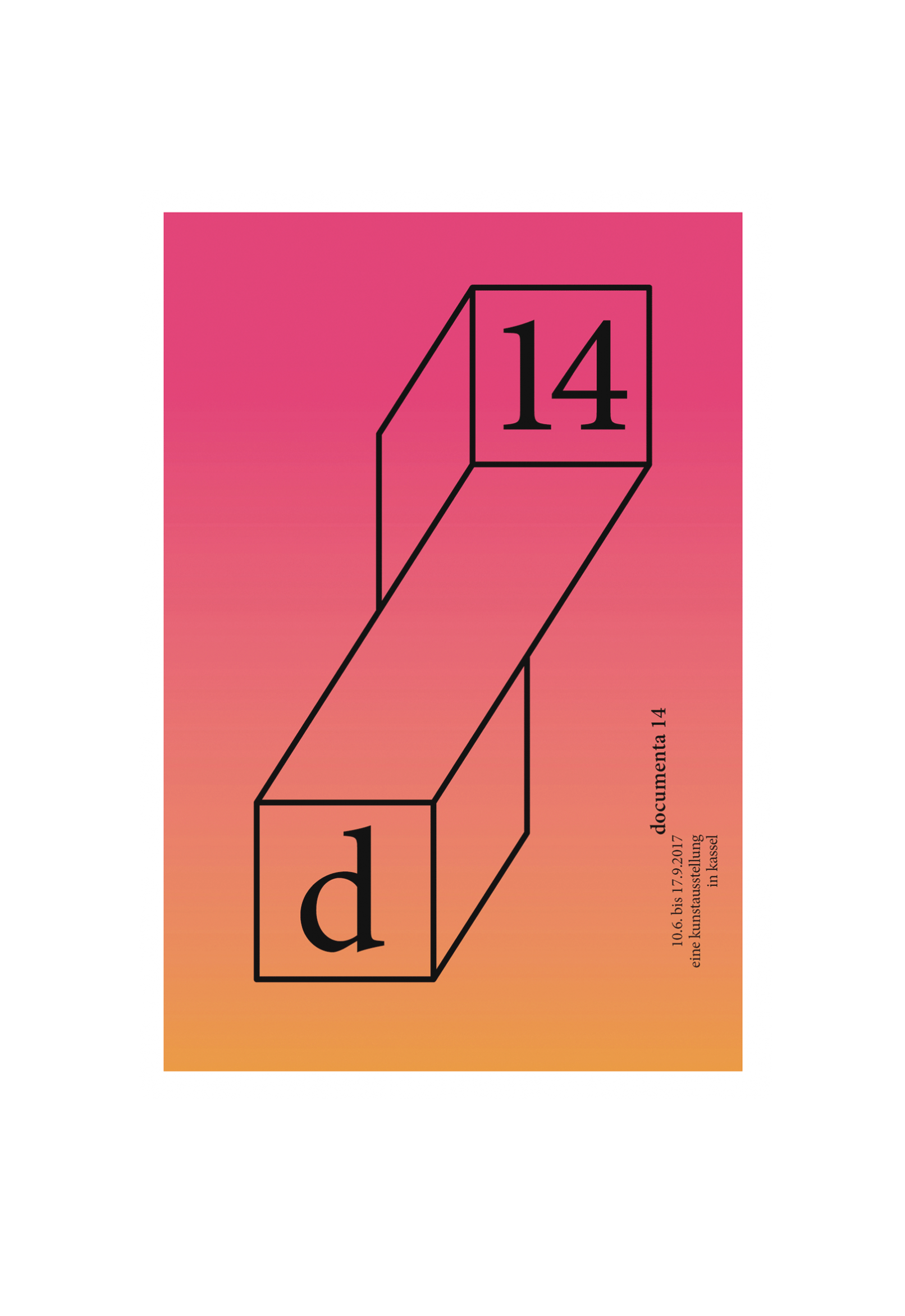 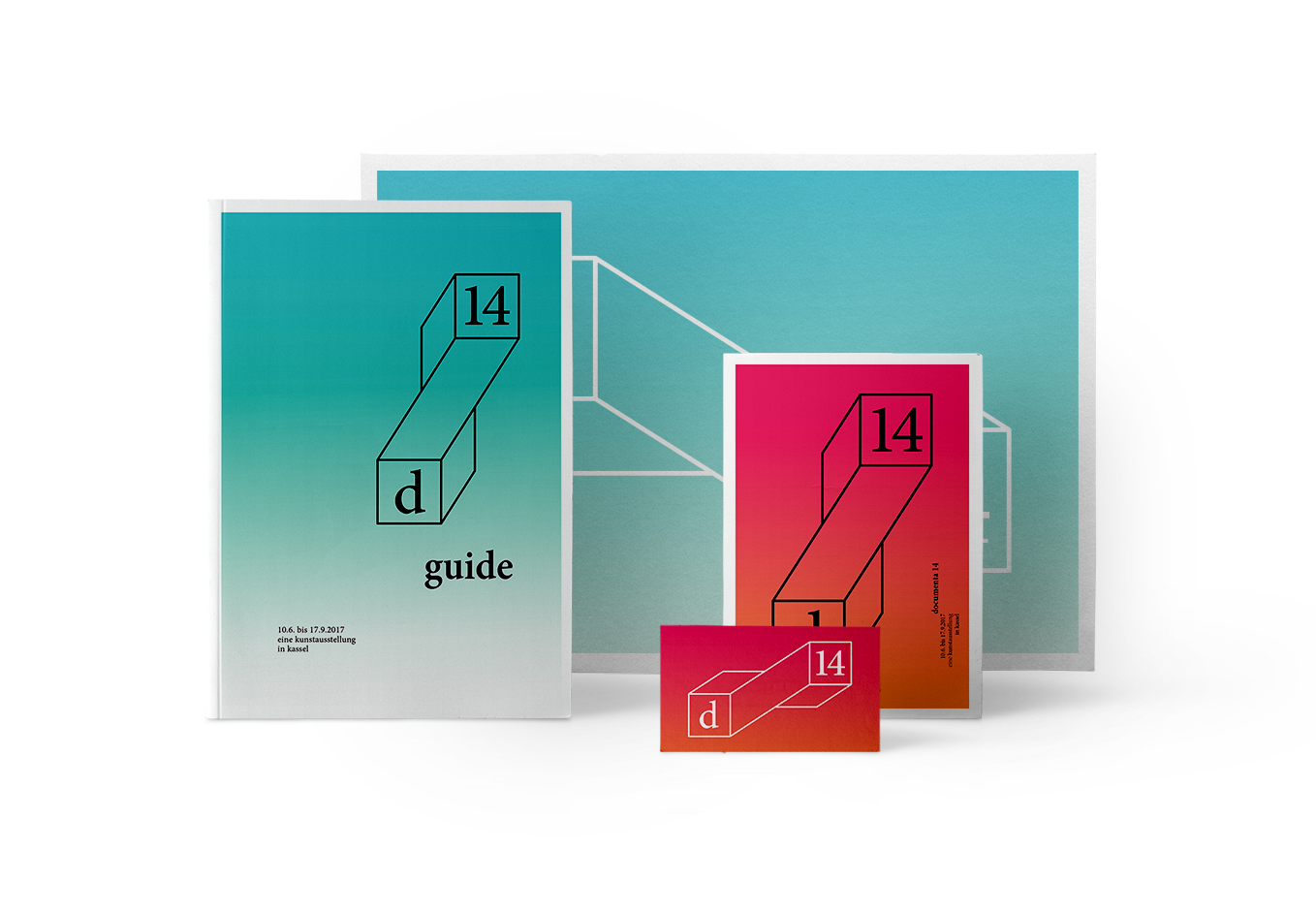